The study authors - Gert de Graaf, PhD (Dutch Down Syndrome Foundation), Frank Buckley (Down Syndrome Education International and Down Syndrome Education USA) and Brian Skotko, MD, MPP (MassGeneral Hospital for Children, co-director of the Massachusetts General Hospital Down Syndrome Program) - based their estimates on what they believe to be a larger and more accurate set of databases than previous studies have used - including factors such as the numbers of children born with Down syndrome, how those numbers have been affected by changes in the overall population and by the availability of prenatal testing, and how many individuals with the condition have survived to adulthood. The study is published today in the journal Genetics in Medicine.

The study authors estimate the number of people with Down syndrome living in the US in 2010 to total 206,366, including both individuals born in the US and those who moved to the US after being born in other countries. For many years, advocacy organizations have relied on substantial over-estimates putting the population at around 400,000 - approximately double the new estimates. 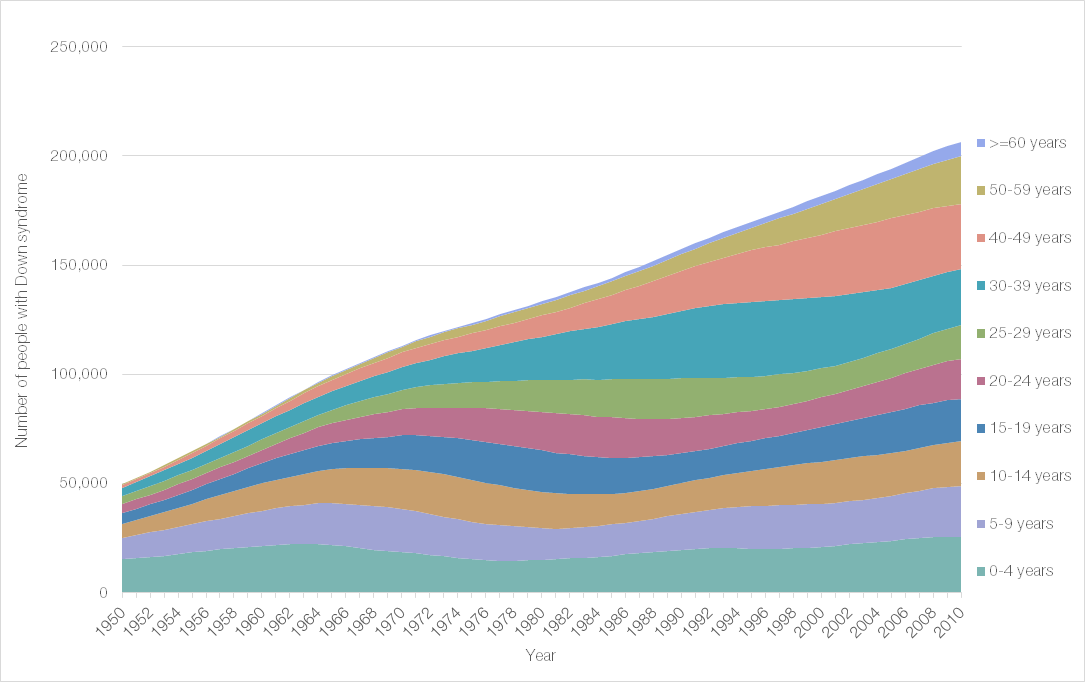 "Almost every book, web page and research article about Down syndrome begins with what should be a simple fact - the number of people living with the condition in the US - but what we found is that most of those statistics are gross overestimations of the actual data," says Brian Skotko. "With these new detailed estimates, we hope that policymakers can better appraise the impact of proposed legislation for this population, which has evolving racial and ethnic compositions, and nonprofit groups can better assess how representative their members are of the population at large. We also have established a crucial baseline to establish the effects, if any, of noninvasive prenatal testing for Down syndrome that has become available across the country."

Broken down by ethnic and racial groups, the total 2010 estimates were 138,019 non-Hispanic whites, 27,151 non-Hispanic blacks, 32,933 Hispanics, 6,747 Asians/Pacific Islanders, and 1,527 Native Americans/Alaskans. For all ethnic and racial groups, numbers of individuals with Down syndrome were greater in younger age groups, but the growth over the years in the numbers of older individuals with Down syndrome reflects how the condition has changed from what was almost exclusively a childhood disability in the 1950s to one impacting a significant number of adults and older Americans. (Figure 1)

Brian Skotko notes, "Prior to the 1980s the medical community did not surgically correct the heart defects that were present in up to half the babies with Down syndrome. Now the surgeries are commonplace and ethically required, enabling children who would have died to lead thriving and healthy lives." 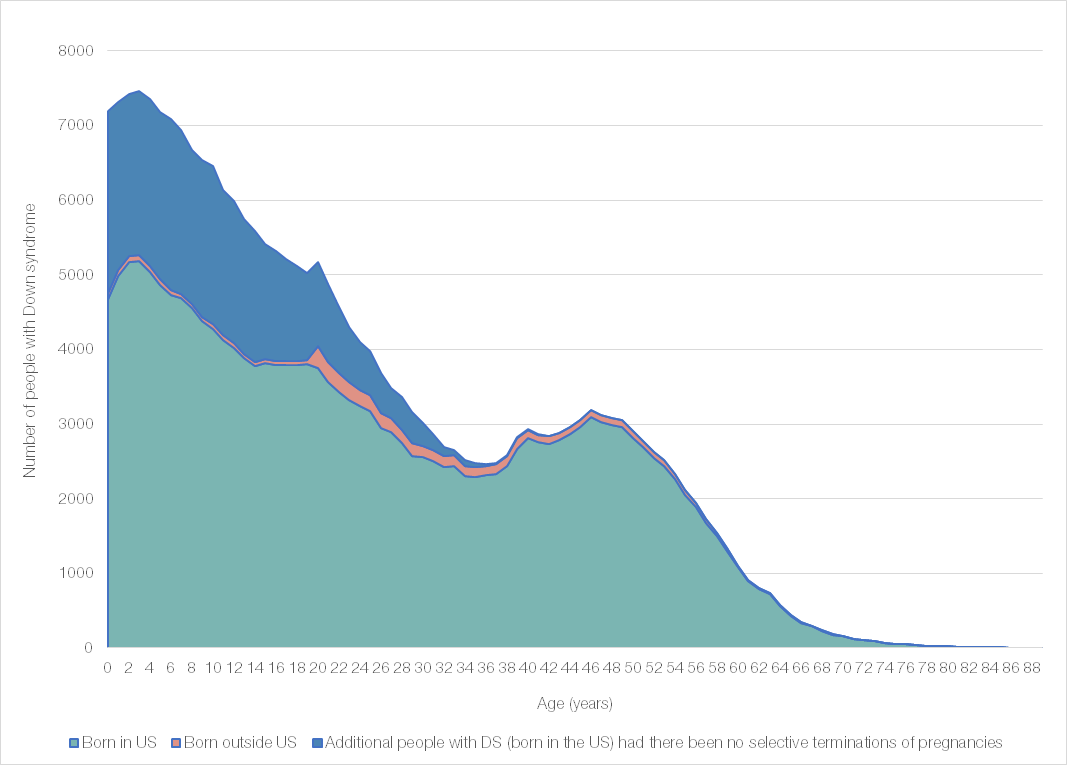 Figure 2. The population of people living with Down syndrome in the USA, 2010, including those born outside the USA and estimating the additional people had there been no selective terminations of pregnancies

The study is also the first to examine the effects on the population of immigration and the introduction of prenatal screening tests on the population. It is one of 3 studies examining the births and populations of people living with Down syndrome recently published by the authors.[1-3]

"Knowing the numbers of people with Down syndrome alive and being born are important for nonprofits, governments and researchers around the world. Yet, too often in many countries there is a lack of accurate and up-to-date statistics," says Frank Buckley. "Furthermore, without good baseline data, we will not be able to assess the impact of changes such as better healthcare and new prenatal screening technologies on future populations."

The study authors have produced a fact sheet on the population of people with Down syndrome living in the USA that can be freely downloaded.